Operating Safely in the Era of COVID-19

by Julien Gordon | May 14, 2020 | Publications And Presentations

Protect Your Clients, Business & your Brand from COVID-19

Be careful of that unripe ackee

Be careful of that unripe ackee

MOST countries have a favourite or national dish. Popular with residents and forming part of a country’s identity, they are an important experience for visitors, too.  Ackee, Jamaica’s national fruit, is not only a staple of the Jamaican diet, it is also socio-economically valuable, as its cultivation serves as a great employment opportunity for people in rural areas, where it is grown and processed.

The name “ackee” has African origins and is derived from the word “Ankye” from the Twi language of Ghana.  Its botanical name pays tribute to Captain William Bligh, who brought the plants from Jamaica to England in 1793 and introduced it to the Western world.

Let’s give three cheers for the longest-married coupling, ackee and salt fish, a union which has been ranked by National Geographic among the top 10 national dishes of the world. Besides being delicious, it is very versatile and is now a favourite among vegan and raw food chefs who have created sumptuous versions of the fruit-such as ackee pizzas, wraps and also recipes where it can be seasoned and even eaten raw.

It has no saturated fat or cholesterol.   A 3.5 oz serving of ackee weighs 100g and has 151 calories, with 9.5g of carbohydrates and a protein content that ranges from 2.9g to 8.9g, according to the University of Florida.  The main vitamin in ackee is niacin, ranging from 1.1g to 3.9mg.

Ackee has 30mg of vitamin C and trace amounts of folacin, riboflavin, and thiamine. It contains 270mg of potassium, 98mg of phosphorus, 35 to 83mg of calcium, and up to 5mg of iron. It has 1mg of zinc along with 240mg of sodium.

A common misconception about ackee is that it contains a lot of cholesterol and unhealthy fats.   Contrary to popular opinion there is no cholesterol at all in ackee, as this substance is found only in foods of animal origin; plants do not make this substance. And while ackee has a high concentration of fat, it is “good” fat.

Ackee is not just popular for its taste and usefulness in culinary creations, it has potential health benefits that may help with the following:

The ackee fruit is rich in fibre, which can help regulate bowel elimination by adding bulk to your stool and quickening movement through your intestines. Fibre can also help lower your risk of bloating, cramping, constipation, and inflammation of the colon. It may also help reduce bad cholesterol levels, thereby helping boost heart health.

Ackee is rich in potassium, which is a known vasodilator. It works by opening up (dilating) your blood vessels so that your cardiovascular system will not work too hard. This can help reduce the risk of atherosclerosis and damage to your blood vessels.

Aside from helping lowering blood pressure, ackee can help improve your blood circulation. It is rich in iron, which is crucial because it helps deliver oxygen efficiently around your body. The iron content may help with the symptoms of anemia as well, such as weakness, light-headedness, and cognitive issues.

Be wise when purchasing ackees

When ripe, the fruit splits open to reveal three glossy black seeds or one large one surrounded by a thick, oily, yellow aril or flesh. The poison in ackee seeds and under-ripe arils causes vomiting followed by convulsions. The side effects can result in a coma and death. The PAHO states that the amino acids hypoglycin A and B cause the fruit to be toxic. The hypoglycin content diminishes after sunlight reaches the mature arils.

Both hypoglycin A and hypoglycin B are found in the seeds and the pinkish membrane at the base of the seed. The membrane, along with the seeds, is removed before preparing for cooking. The toxin is found in unripe fruits that are harvested too early and can have serious consequences for consumers as these are always poisonous. The fruit should be allowed to ripen and open naturally.

Many Jamaican children, in their innocence, have a tendency to eat unripened ackees because they are temptingly pretty to look at. Also, force-ripened ackees can sometimes be found in the markets, hence “Jamaican vomiting sickness’” is still relevant today. Consumers, therefore, need to be vigilant when they buy ackees that are in the pod. Look out for signs of forced opening.

The Hypoglycin content diminishes after sunlight reaches the mature inner flesh of the ackee. If the ackee is harvested at the right time the toxin level dissipates, making it safe for consumption. Potential risky behaviours for ackee poisoning include consumption of unripe ackee fruit, consumption of ackee that has been forcibly opened, and reuse of the water in which the unripe ackees have been cooked.

The different uses of ackee

Aside from being enjoyed for the various types of sumptuous dishes, other parts of the tree have various uses:

Lastly, ackee plays an important role in the economy of Jamaica. The Jamaican ackee exporting industry is valued at around $4.5 million and is steadily growing every year. It helps provide many citizens with jobs.  Liking for the dish Canned ackee is exported to meet demands of Jamaicans in the Diaspora, and a growing number of non-Jamaicans who have been introduced to ackee and salt fish have developed a liking for the dish.

Since when the product is improperly processed concentrations of toxins can pose a health risk, this concern about possible toxins in the fruit prohibited its importation into the United States from 1973, although Jamaica was exporting to various other countries around the world such as Japan, Central and South America, the United Kingdom, and Canada.

In issuing guidance on enforcement criteria for ackee, the FDA has instructed its district offices to detain, without physical examination, all ackee products offered for import. There are some exceptions: Firms that were identified on a “Green List” which, according to the FDA, have demonstrated that they have food safety controls in place to ensure that only properly ripened ackees are included in finished products.

In 1998 the Jamaica Exporters’ Association (JEA) was approached by the US Embassy in Jamaica to develop and implement a programme to get Jamaican ackees back into that market. This came out of a close working relationship with the US Department of Agriculture at the time, which translated into a personal interest of the then ambassador, Stanley McLelland, who hoped to make a transformational impact on the Jamaican economy. The JEA formed what was called the Jamaican Ackee Task Force — led by Director Dr. André Gordon, managing director of Technological Solutions Limited (TSL) — which spearheaded the process.  TSL has the only laboratory in Jamaica accredited to test for ‘hypoglycin (the natural toxin found in ackee and which causes illness).

Some months later, in April 1999, at the request of the US Embassy in Jamaica, the FDA met with the US ambassador, the US Embassy’s agricultural attaché, representatives of the Bureau of Standards Jamaica (BSJ), the then JEA, and industry representatives to discuss the food safety issues relative to the fruit. The participants presented information on safe handling and processing practices to reduce the levels of toxin, and outlined a programme for ackee processors, with oversight by BSJ, to ensure that preventive controls were in place.

This was the start of an alliance between the US competent authorities (the FDA), the Jamaican competent authority (the BSJ), the ackee industry, and the exporters’ trade association (the JEA), which began as a simple outreach programme to develop a preventive controls programme to assure the safety of imported ackee into the United States.

Today, the FDA enjoys a robust working relationship with both competent authorities in Jamaica (the BSJ and the Ministry of Agriculture), as well as the ackee industry and the JEA – now merged as the Jamaica Manufacturers and Exporters and Association.

The goal of ensuring safe ackee products from Jamaica had been achieved. 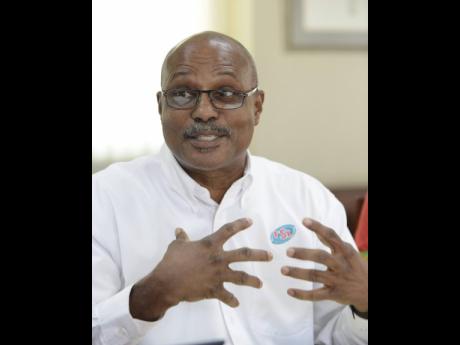